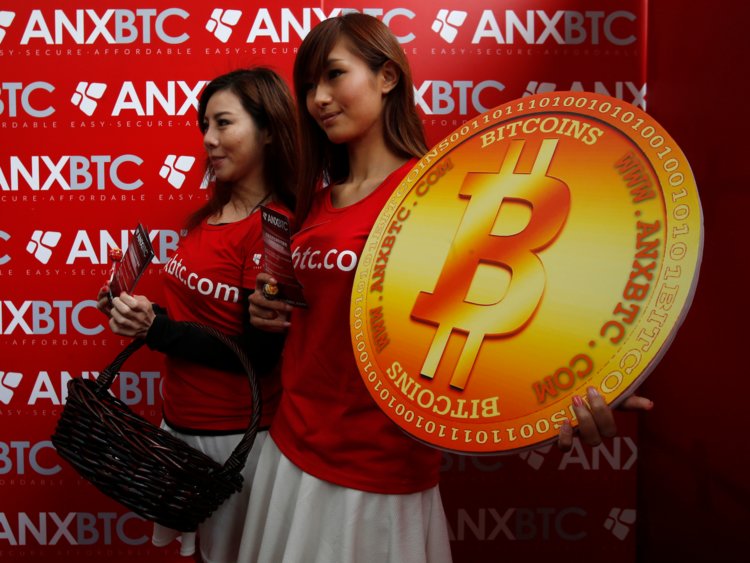 In October 2015 we held our Irrational Economic Summit in Vancouver. The weather was awesome, and the conference went well. Part of the final session was a Q&A with Harry Dent, myself, and Dr. Lacy Hunt.

At one point, an attendee asked about bitcoin.

I told the audience in no uncertain terms that bitcoin was effectively dead. Whether it died a quick death or lingered for years, the cryptocurrency could not survive because governments would not allow it.

If bitcoin is dying as I suggested, it’s making one heck of a final stand!

It reminds me of the actor Paul Reubens’ death scene in the campy classic, “Buffy the Vampire Slayer.” (He’s…still… dying…)

But I stand by my premise.

The exact things that make bitcoin attractive – anonymity, ease of transfer from one party to another, lack of government oversight, accessible in any country without capital controls, not subject to banking regulations – are denounced by national governments.

Think of everything governments stand to lose.

They’d no longer be able to expand or contract credit through money supply and interest rates, effectively losing their ability to steer their economies.

They couldn’t track, control, or tax currency moved out of the country.

They couldn’t snoop into our bank accounts when they suspected wrongdoing.

And there would be almost no way to enforce tax laws regarding payments among private parties. (Think of paying your plumber in bitcoin.)

The world of financial enforcement would turn on self-reporting, leaving cheaters free to cheat.

I can’t see government officials giving up any, much less all, of these tools. The legal and economic costs are too high.

Unlike my kids, I hold out hope that I can keep some areas of my life private.

I don’t want to be on camera 24/7, and I don’t want the government – or any other entity – knowing what I do with my assets. They are mine. I earned the funds, paid the taxes, and now I’m free to do what I want.

Or, at least, that’s the fantasy in my head.

In reality, I know my kids are right.

Every banking transaction I make is scrutinized as regulators look for foul play.

My picture is taken, and my actions recorded, in most public places and along highways.

Traffic cams note my license plate at various locations so that my path can be reconstructed.

And don’t get me started on smartphones and devices that work off voice commands. You might as well leave your blinds up at night and the door unlocked.

But back to bitcoin.

While its attributes put a government target on its back, there’s one aspect that could be, and should be, adopted by governments around the world.

It’s the process by which bitcoin tracks transactions, called blockchain.

There’s a lot of technical jargon involved at this point, but essentially a dispersed group of administrators who operate nodes (computers connected to the bitcoin network) verify every bitcoin transaction, which is on display for the world to see on a public network.

It’s like a lot of people having a copy of the same spreadsheet, and anyone can add an entry. Every time an entry is made, everyone updates their copy of the spreadsheet. And all the copies are open for anyone to see.

The block is the active part of the transaction, or spreadsheet entry, and the combined series of blocks, or total spreadsheet, is the chain.

The administrators’ computers do this as they solve puzzles, and vie for the chance to earn newly-minted bitcoin with the transaction. In other words, they get paid.

The important point is that since many different entities verify transactions, it’s impossible to fake a transaction or to record a mistake.

Wouldn’t that be nice in daily life?

Case in point: As part of our recent move, I had to register my cars in Texas.

The Department of Motor Vehicles (DMV) rejected one of the titles, which meant I had to make another trip to the local tax office. The officer told me my car was either rebuilt or salvaged, which had to be put on the title.

I knew that claim was wrong, but the officer wouldn’t budge. It showed up on a national database, she told me. It couldn’t be wrong. My only path out was to pay $65, have the car inspected for work, and get a title issued as rebuilt.

I got on the phone with the state DMV, who reviewed my title over the phone (which they would not do the first time). They found a coding error, and referred me back to the title office.

When I arrived, the same officer smiled and waved me up to the front. Apparently she had also dug into the issue a bit more after I left (Thank you Officer Sams!), and found a coding error at the local office as well as the state DMV.

So much for no chance of an error.

If we used blockchain for car titles, or in other areas of business, none of this would happen.

What about land titles?

I just paid four figures for title insurance on my new home. With open-sourced blockchain recording of land titles, ownership transactions would be available for everyone to see.

We wouldn’t need title insurance, which would save homebuyers’ millions of dollars.

In the private sector, financial institutions are exploring how to use blockchain for transaction records.

Presumably a banking association would set up a system of administrators to disseminate information, making it virtually impossible for records to be altered.

Of course, this all hinges on the notion that every record is encrypted and masks the party that owns the car, buys the home, or withdraws $300 from his bank account.

Do we trust the government or private companies to safeguard that data and not share it? If our identity is linked with an open-record transaction, then we really are exposed for all the world to see.

I guess nothing is fool-proof… just like my bitcoin forecast from October 2015.

Get the latest Bitcoin price here.>>

The future of bitcoin

Historically, the currency has been extremely volatile. But go by its recent boom — and a forecast by Snapchat’s first investor, Jeremy Liew, that it will hit a bitcoin price of $500,000 by 2030 — and nabbing even a fraction of a bitcoin starts to look a lot more enticing.

Bitcoin users predict 94% of all bitcoins will have been released by 2024. As the total number creeps toward the 21 million mark, many suspect the profits miners once made creating new blocks will become so low they’ll become negligible. With bitcoin’s price dropping significantly. But with more bitcoins in circulation, people also expect transaction fees to rise, possibly making up the difference.