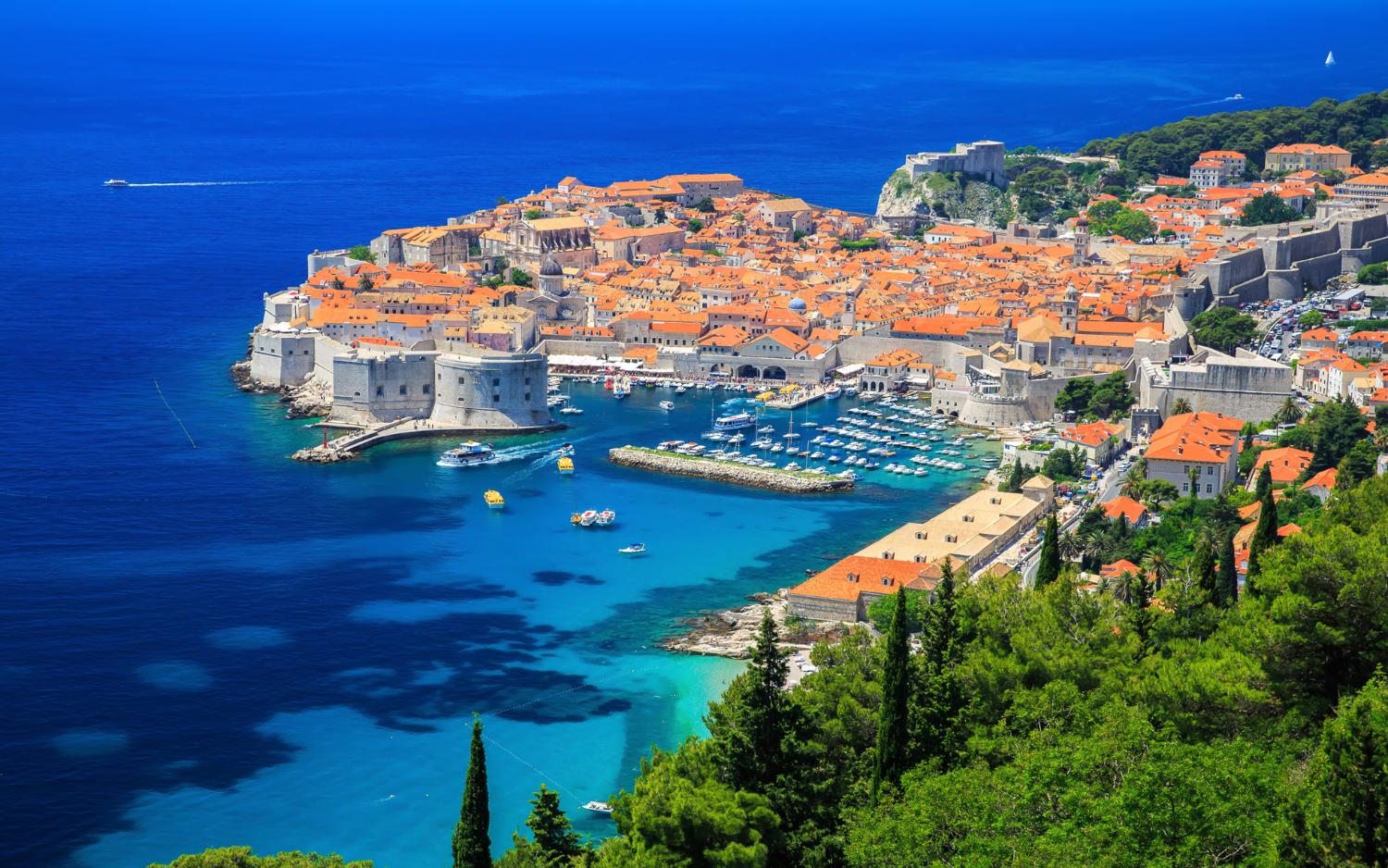 With its sublime location, overlooking the calm blue waters of the Adriatic, Dubrovnik is one of the world’s most magnificent walled cities. Now a Unesco world heritage site and Croatia’s most up-market destination, it was once the capital of the wealthy sea-faring Republic of Ragusa (1358-1808).

During its Golden Age in the 16th century, it had one of the largest merchant naval fleets in the world, with consulates in more than 50 foreign ports. Brave sailors, hard-bargaining merchants and shrewd diplomats, the people of Dubrovnik became extremely rich, leading sophisticated lifestyles and valuing refinement and the arts.

Add to this the beaches, pristine sea, informal eateries serving top-notch seafood, chic five-star hotels and adventure sports facilities, and your holiday is made. Which is why people like Beyoncé, Roman Abramovich, Sir Roger Moore and Bob Geldof have recently been spotted here.

What’s more, Dubrovnik’s Old Town has been a popular filming location in recent years. The Game of Thrones television series and the Star Wars: Episode VIII film were both shot here, while the Robin Hood: Origins film has also been in the making here this year.

The downside of this is that the majority of locals have sold up their properties for use in tourism and moved to the modern suburb of Lapad, so that the old town is little more than an empty museum in winter. The number of people permanently residing in the historic centre has dropped from 5,000 (in 1991) to 500 (2014), while the number of visitors has increased exponentially – there’s even talk of limiting the number of people that can enter the Old Town at any one time by issuing tickets for entry during peak season. And prices for virtually everything are almost double what they would be anywhere else in Croatia. But that doesn’t seem to be deterring the ever increasing number of holidaymakers.

Visitor numbers keep going up and up, and in 2013 the number of cruise passengers disembarking in Dubrovnik in one year exceeded one million for the first time. In fact, the city has had to make an agreement with cruise companies that not more than 8000 passengers should disembark on any one day, to prevent overcrowding, though this rule is sometimes disregarded in peak season.

When to go to Dubrovnik

For most people, the best months to come here are May to June or September to October – think sunny days with the sea warm enough to swim, and hotels, restaurants and tourist attractions open, but with less crowds – though it will still be busy.

During peak season, July to August, Dubrovnik is over-run by tourists – hotel prices rocket, restaurants and beaches are packed, and there are queues at all the main attractions, but on the plus side you get the Dubrovnik Summer Festival and a glitzy nightlife.

Low season, November to April, can be lovely, though most facilities are closed and the weather is less reliable. Some hotels and restaurants now open for Christmas and New Year, but almost everything is shut through the rest of January. And while a few places reopen for Carnival in February, the new season only really begins at Easter.

Most of the top attractions are concentrated in the car-free old town, within the medieval walls. Two monumental arched gates, Pile (to the west) and Ploče (to the east), serve as entrances to the old town, and they are joined by the main thoroughfare, Stradun (aka Placa). Off each side of Stradun lies a grid of narrow alleys (some involving steep stone steps), harbouring countless cafés, restaurants and apartments to rent.

Immediately east of the old town, in the Ploče neighbourhood, a string of half-a-dozen luxury hotels line the coast, while 2km west of town, opposite Gruž Port, Lapad peninsular is where you’ll find the main concentration of big modern mid-range hotels, plus several beaches.

Read all of our latest articles on Dubrovnik, including guides to the main attractions, the city’s best museums and galleries, lesser known bars and attractions and more

Currency: Kuna (Kn). Croatia joined the EU on July 1, 2013 but will not adopt the Euro in the foreseeable future.

Flight time: London to Dubrovnik is around two hours and forty minutes

Don’t mention the war. It’s still a thorny issue and as many families have mixed marriages somewhere down the line, it’s best to avoid discussing which side was ‘right’ and which was ‘wrong’.

Nudism is accepted on some isolated beaches, normally marked FKK (from the German Freikörperkultur, meaning Free Body Culture). On other beaches, topless bathing is accepted but not encouraged.

When driving, car headlights must be switched on at night, and from late-October to late-March through the day too.

Experience Dubrovnik with the Telegraph

VIEW ALL TRIED, TESTED AND RECOMMENDED HOTELS IN DUBROVNIK